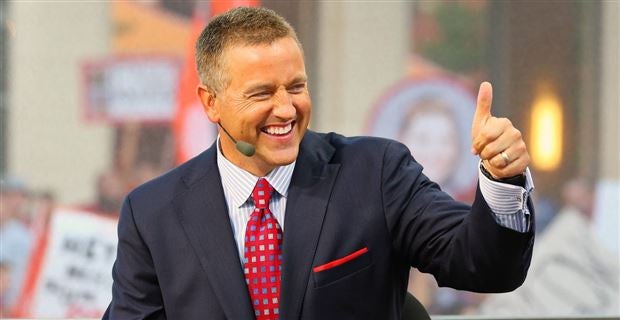 ESPN college football analyst Kirk Herbstreit named his top four following a wild Week 7 of football that marks the halfway point or so of the season.

Baylor beat West Virginia the way Baylor usually beats decent Big 12 teams. Penn State played Ohio State close for a while, but the Buckeyes pulled away late and have quietly played much closer to preseason expectations two weeks running. LSU won a shootout with Florida – we all saw that coming, right? – and are now the SEC's only undefeated team. And Alabama rode its running game and three pick-sixes to a victory in a hostile environment at Texas A&M, 41-23.

I don't have any arguments with this first four at this early juncture. I think Clemson will find a way to lose and Utah....just don't know about these guys yet.
Top
Post Reply
2 posts • Page 1 of 1