Just a question. What is up with all of the marijuana lately? LSU and now Bama. Are teams finally cracking down?
Top

No....what it is, is a bunch of high talented, under-educated/uneducated kids from predominantly broken homes who were never corralled in high school because of their physical talent and ability to bring wins and attention to their school. It does not change once in college. In fact, the stakes are even higher, in regards to the prestige, wins and attention. They are selfish and think only of themselves and not the bigger picture....their team and teammates. Make a note to pay attention this coming summer and see how many of them get in trouble. It is one thing to cause so much disruption during the summer. It is an entirely different thing to do so during a national championship march.
Top

Mark B.M. wrote:Just a question. What is up with all of the marijuana lately? LSU and now Bama. Are teams finally cracking down?

The three LSU players were suspended only for last Saturday's Auburn game. Coach Miles has lifted the suspenions for the Alabama game. Are you surprised.

Alabama football player Brent Calloway was arrested for “second-degree possession of marijuana a few days ago. Punishment by Alabama is currently an internal matter.

If I were the coach at either LSU or Alabama these players would never again play on my team.

Calloway, 18, was a passenger in a vehicle that police stopped in the 900 block of Paul Bryant Dr. around 12:45 a.m. because the vehicle's lights were off. Officers smelled an odor of marijuana as they approached the car and found a bag of marijuana while searching Calloway, according to Tuscaloosa Police spokesman Sgt. Brent Blankley.

Officers arrested Calloway and transported him to the Tuscaloosa County Jail, where he was later released on $1,000 bond.

Calloway, a UA freshman, signed with the Tide in February after a back-and-forth recruitment between Alabama and Auburn. He joined the team in August after completing a course to become eligible to play under NCAA Clearinghouse requirements. Calloway has not played in any Bama games this Fall.
Last edited by Kenny Wilder on Wed Oct 26, 2011 10:06 am, edited 1 time in total.
Kenny Wilder
NavarreBeachLife.com ~ Owner/Administrator
Constitutional Conservative
Florida Master Naturalist ~ Coastal Systems and Wetlands
Forum Rules and Regulations (Terms of Service)
Are You Going to Heaven?
Top

Neither would they play on my team. The real problem....money. The school gains a tremendous amount by winning a national championship. Often it is not the coaches but Athletic Directors and University Presidents that say....make them runs laps, slap them on the wrist, make a statement to the press and let's get'em back on the field. It is a disgrace!
Top

SEC prematurely launches webpages that said Mizzou had joined, then pulls them

Late Thursday night, the Southeastern Conference posted the following announcement of acceptance as Missouri as the SEC's 14th member on its website. Apparently, that announcement was premature. Because shortly after the news began spreading across the Twitter-verse, the information was removed from the SEC website.

As you might expect, The Star has requests for explanation all over the place, including MU chancellor Brady Deaton, the SEC office and SEC Board of Directors chairman Bernie Machen of the University of Florida.

So far, what we have is this from Florida media relations official Steve Orlando, who was taken by surprise by notification of the apparent snafu.

Machen has just refused to comment, as has Missouri athletic director Mike Alden.

The most intriguing question is why this information was not - as was apparently originally intended - to be released last Monday?

A Twitter message from SEC official Charles Bloom this morning said the conference's web vendor made a mistake and there is "no agreement between SEC and Missouri."

Later Friday, XOS Digital, the SEC's web vendor, had this statement:
"XOS apologizes for its inadvertent error of making available a draft article indicating that Missouri had joined the Southeastern Conference. There had been considerable speculation about the possibility that Missouri would join the Southeastern Conference, and the working draft, which was never published, was prepared so the article could be finalized and posted quickly should Missouri in fact join the SEC. The draft was not intended to be publicly available, but a website user was able to obtain it through the use of a new advanced search technology."

Below is is what was posted on the SEC website. Blogger Clay Travis at outkickthecoverage.com was one of the first to reveal the existence of the webpages.

BIRMINGHAM, Ala. – Given the ever-changing conference paradigm over the past year, the Southeastern Conference has continued to demonstrate its commitment to maintaining its stature as one of the nation’s premier conferences by welcoming the University of Missouri as the league’s 14th member, Commissioner Mike Slive announced Monday.
Missouri joins Texas A&M University as the league’s two new institutions who will begin full membership on July 1, 2012. It is the first expansion of the SEC membership since Arkansas and South Carolina joined the conference in 1992.

Geographically, it is a natural fit as the state of Missouri touches more states (Arkansas, Kentucky and Tennessee) that currently are home to an SEC institution than any other state that is not in the league’s previous 13-member footprint. Like the majority of the cities in the SEC, Columbia, Mo., is a college-centered town with a metropolitan population of 164,283, making it the fifth-largest city in the state of Missouri.

With an enrollment of 32,415, the University of Missouri boasts a strong academic resume, as it is one of only five universities nationwide with law, medicine, veterinary medicine and a research reactor on one campus. Six of Missouri’s sports teams last season led the Big 12 in graduation rate for their respective sports.

Culturally, Missouri is as well known for its barbecue, country music, history and rich tradition as the majority of the current states of the SEC.
Missouri is one of only 35 public U.S. universities invited to membership in the prestigious Association of American Universities (AAU). It will become the fourth SEC school that is part of the AAU, joining Florida, Texas A&M and Vanderbilt.

Back on September 25th — a Sunday — the SEC announced that Texas A&M would be joining the conference. The next day, a official celebration and was held in College Station.

MrSEC.com learned on Friday that at least one SEC president expected a vote on Missouri to be held today, Sunday, October 30th.

Legal hassles have slowed this process once already and could do so again, but with Missouri chancellor Brady Deaton leaving for a 9-day trip to India on Tuesday, it’s certainly possible — if MU has worked out it exit from the Big 12 — that the SEC could announce this afternoon — again on a Sunday — that Missouri has joined the league, with an official announcement/celebration taking place tomorrow — again on a Monday.

Any predictions on the BIG BAMA/LSU game this weekend?

I would like to congratulate LSU for their huge overtime win tonight against Alabama 9 to 6. Both teams had great defenses, but LSU and Bama both made crucial mistakes in execution of their offenses. In the end Bama’s lack of execution on offense cost them the game. LSU deserved to win the game playing at Bama’s home field in Tuscaloosa because they made big plays in the 4th quarter.

I will be pulling for LSU to win the rest of their regular season games and to win the Southeastern Conference Championship. LSU should represent the Southeastern Conference well in the National Championship Game. Good Luck LSU - Go Tigers!
Kenny Wilder
NavarreBeachLife.com ~ Owner/Administrator
Constitutional Conservative
Florida Master Naturalist ~ Coastal Systems and Wetlands
Forum Rules and Regulations (Terms of Service)
Are You Going to Heaven?
Top

Yes, congratulations to LSU. What a defensive battle! However, I will have to disagree with you Kenny on one thing. I hope that LSU does lose to Arkansas. Bama is NOT out of the national title hopes just yet. Gonna take some doing but if we can have Stanford lose to Notre Dame and Oregon, Oklahoma State lose to Ok and Bama win out, then maybe just maybe Bama can try and get even with LSU in the title game.

If not, then of course, I want the SEC to dominate as they always do and have LSU the National Champion. They are a very good team.

As for Bama, if I were that kicker, I would have my butt out there before everyone else and after everyone else is long gone or he may be long gone before long! Sorry excuses for their kicking game.
Top

Now come on guys, don't wish for LSU to beat Arkansas. I sort of like the Hogs! Best way for Bama to get to the NC game is for the Hogs to beat LSU which would most likely put Bama in the SEC championship game. A Hog win puts the west in a 3 way tie and Bama, if within 5 spots of the Hogs in the BCS rankings would get the nod to play in the SEC championship game which means they win that and then they are in the NC game. Hogs best hope is a return trip to the Sugar Bowl with LSU going to Cap one bowl. My gut tells me we cannot beat LSU because our defense is not very good and we cannot win a shootout against LSU and their defense. I'm old school and believe championships are won with defense. Regardless, what a GREAT PLACE to watch the LSU-Hogs game on Friday after Thanksgiving, NAVARRE BEACH!! Any good sports bars down there guys?
Love Navarre Beach
Top

You misread my words! I would like for the Hogs to beat LSU! That is always a great game and I will be watching for sure. I just got off the phone with my buddy here in Houston whom I graduated with. He played football for the Hogs from 1977-1981. My daughter is seriously considering U of Arkansas. My Father In Law graduated from Hogsville.
Top

Sorry I misunderstood. Thanks for the kind words. We are experiencing a good run at the present time and Petrino is a really good coach. I'm not happy with our defense because I am old school and believe that is the side of the ball that championships are won. We can play with LSU as I don't think they are as good as Bama even though they won. I'm just not sure we can allow them to score 24-30 points and us match that output. I do believe we will score on them as we did also against Bama even though Bama totally dominated us. Thanks again.
Love Navarre Beach
Top 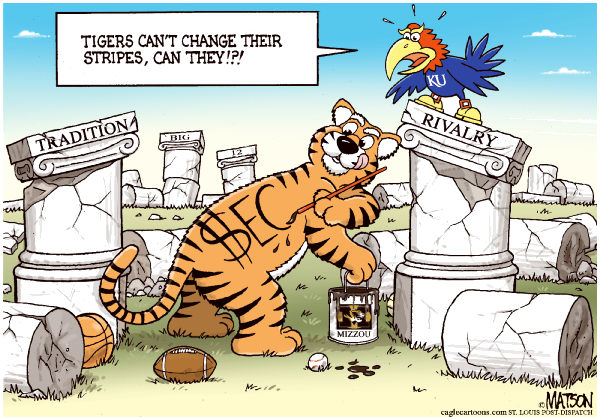